Inspired by foray into mini pumpkin cheesecakes, which ended up more like a mousse, Housetrends went on the hunt for more easy, creamy desserts to try. We found these three recipes we thought were perfect to save and make for holiday gatherings and family events. We found all three of the recipes to be fairly easy to make and modify. Photographer Connie Kimsey photographed the finished desserts on a granite sample from Cincinnati Stoneworks.

First up, was this recipe from Let’s Dish for Mini No-Bake Key Lime Cheesecakes.  Housetrends Editor Karen increased the butter for the crust to a whole stick and used a small amount of food coloring, which was listed as optional in the directions. This recipe is a favorite among the Housetrends staff, and we would not hesitate to make it again.

Second to the plate, this basic chocolate mousse recipe, from Give Recipe, was also a big hit in our office. The original recipe listed ingredients in grams, so Tara, our senior graphic artist, converted them to cups. The recipe also called for fluffed egg whites. To properly fluff whites, you should use an extremely clean and dry bowl. Not knowing this, Tara attempted to whip them in the same bowl she used for the cream. As a result, the egg whites never fluffed, so she omitted the whites entirely from the recipe. The result, by happy accident, was a very creamy mousse.

Adapted From: Give Recipe

Finally, Housetrends Senior Advertising Designer Gina whipped up this No-Bake White Chocolate Peppermint Cheesecakes from A Family Feast. She followed the recipe almost exactly and found that it came together very easily. The only change she made to the original recipe was to used Keebler Grasshopper cookies instead of the chocolate wafer cookies it originally called for. 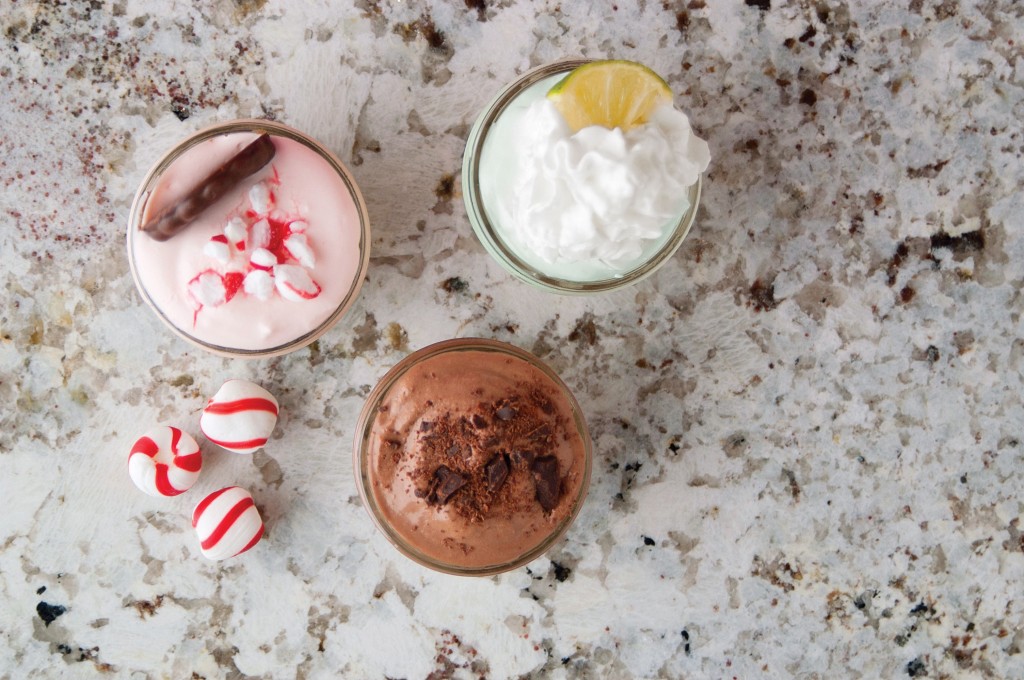 Adapted From: A Family Feast